The Calling continues to pioneer uncharted territory to help individuals young and old go after God’s dreams for their life from one on one seminars, workshops and speaking engagements to global venues like the world renown Red Rocks Amphitheatre and Port Au Prince Haiti. Above is our recap of our global conference at Red Rocks Amphitheatre. 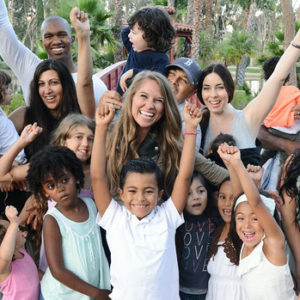 2015 – The Calling was invited to provide a keynote speaker at the Jefferson County Prayer Breakfast with more than 300 in attendance including U.S. senators.  They also sent a keynote speaker in St. Louis, Missouri for those in their 70s to 100s and mission groups in the area as well as a keynote speaker to Marilyn Hickey’s young adults and then seized an opportunity to speak to over 7 million Haitians via radio. 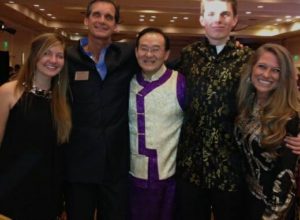 The Calling staff was able to travel to gather partners for the upcoming Global Conference in Haiti including Scott and Traci Hamilton, Mac Powell from Third Day, I’mMe located in the US and Haiti (I’mMe founded by and including NFL players). They were able to travel back to Haiti with representatives to help The Calling’s Global Conference including representatives from Google, The Boston Red Sox, National Magazine and Video Media.  They were able to share the vision and the message with those in Haiti with over 7 million on TV networks.

They provided seminars on entrepreneurship, marketing and finding your God-given 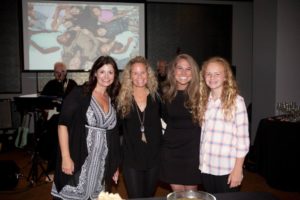 calling. The Calling also hosted a free evening called a Night of Inspiration with former Boston Red Sox motivational speaker Rex Crain. They also continued to build great partnerships with Bethel Church and many businesses throughout California.  The Calling was also able to be represented in a sponsored trip to Israel and carry its message to many of the nation’s leaders. Formation of a massive partnership with Spruce Mountain Ranch launched the motion forward to prepare for the upcoming season and the global gala. 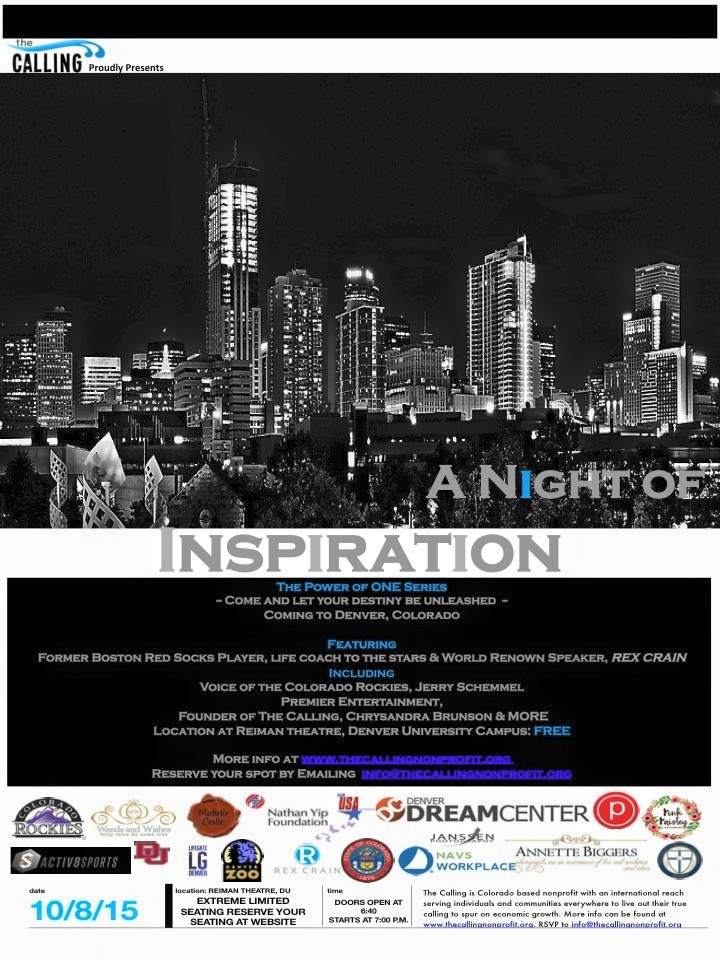 “Baby Julie” with The Calling’s dear partners in Haiti, i’mMe. This picture captures her “reading” a letter from Calling supporters encouraging her to live out her God-given dreams and casting hope, favor and blessing over her future    2015

2014 – The Calling was invited by The Navigators as a guest speaker on a platform to reach over 100,000 people across the United States.  This year brought more travel to Haiti for additional conference planning. 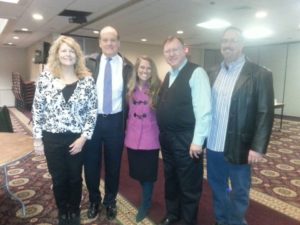 The Calling was also invited to bring guest speakers at Jim Elliot Christian School and provide a keynote speaker for a weekend retreat for Vail Christian School as well as holding several community events to encourage others to live out their callings. 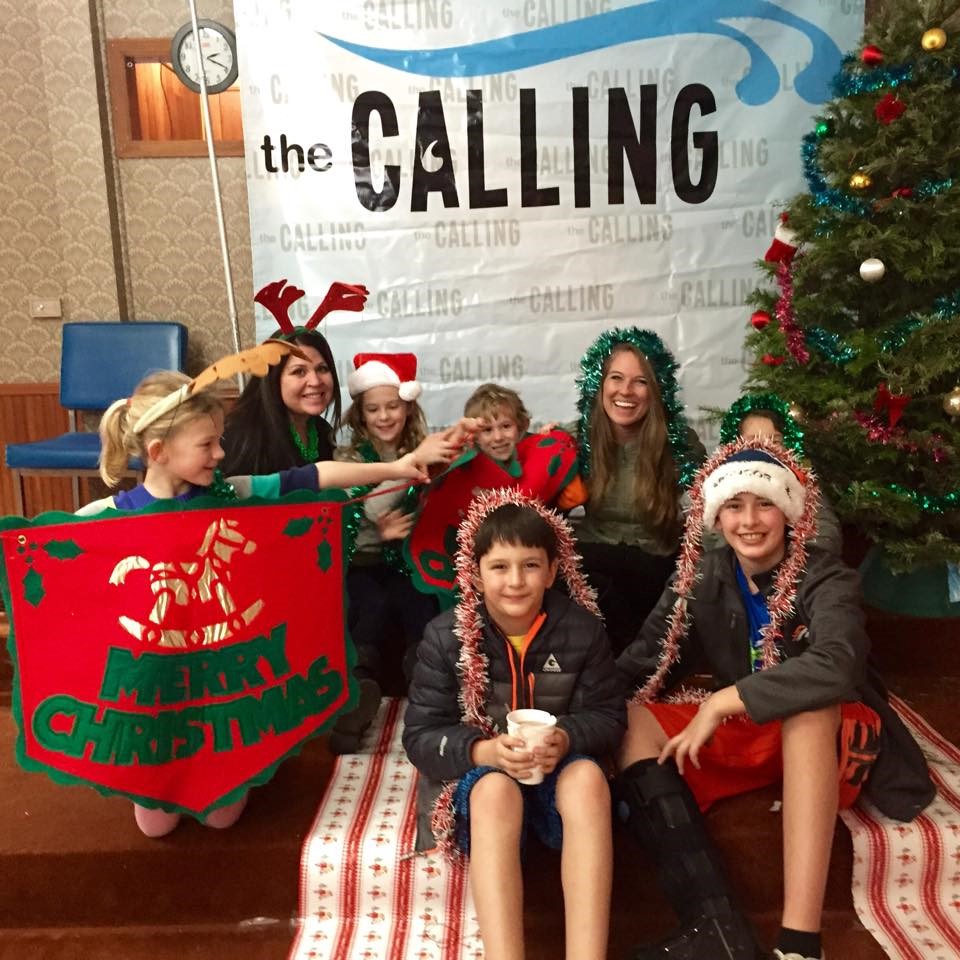 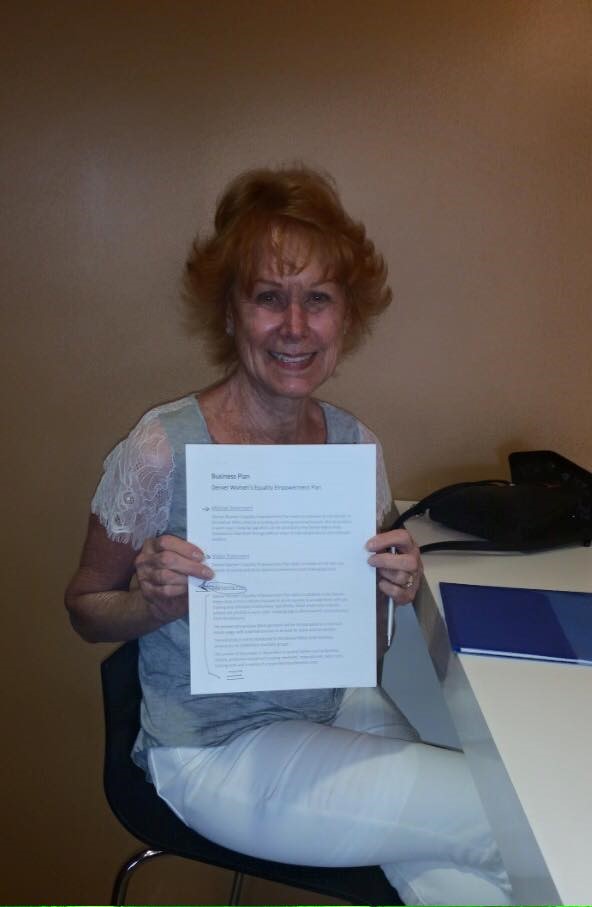 We helped her find her calling of teaching women to make sleeping bags/coats for the homeless.  This is the business plan that she created at age 70!

2013 –  The Calling’s message was shared on a public platform with over 40,000 Haitians, major political leaders, Billy Graham Crusade coordinators and the like at an organized event in Haiti. Organizations and individuals 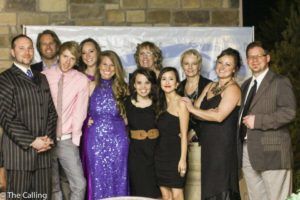 came together to really see the dream for The Calling for the people of Haiti.  The Christian Movement for a New Haiti became a strong organization to partner with as well as many others.   Two million Haitians were touched through a broadcast on El Shalom Haitian Radio.  In Colorado, The Calling continued to have a presence and impact on the local community as well with the annual 4th of July event at Bandimere Speedway and a booth and a presence at the Western Conservative Summit.

2012 – Chrysandra won the title of People’s Choice Miss Colorado and used the platform to feature The Calling and its mission and vision.  Through Miss Colorado, The Calling and Chrysandra were invited as the keynote speaker for events like Sonlight Christian Camp for 4th and 5th graders in the Rocky Mountains. The Calling continued to be a presence and provide resources at events like Bandimere speedway, the Western Conservative Summit and more. This year also marked the first trip to Haiti to start planning the Global Conference in Port Au Prince with Cherry Hills Church. This started the process of developing strong partnerships with the organizations and people of Haiti as well as visits to the Haitian Embassy in Washington DC. 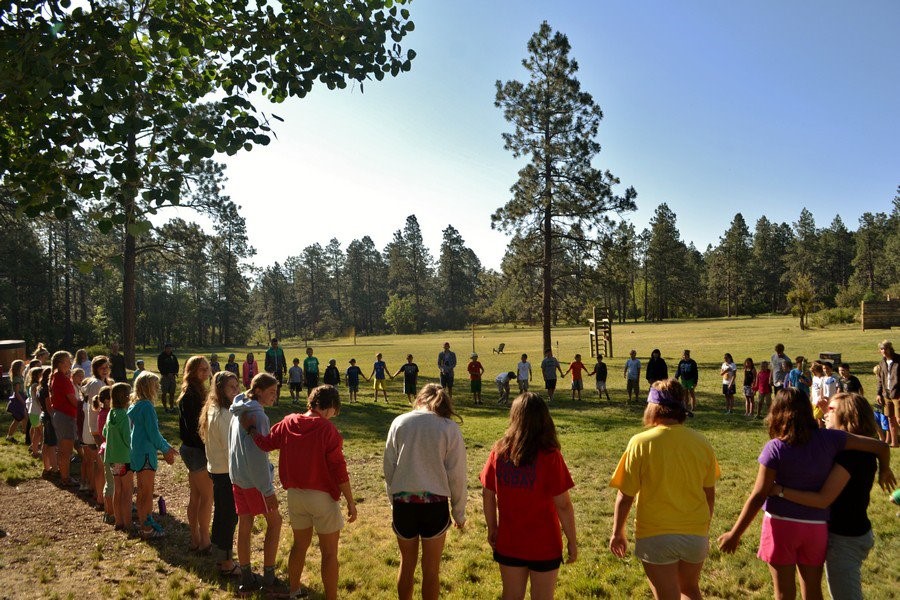 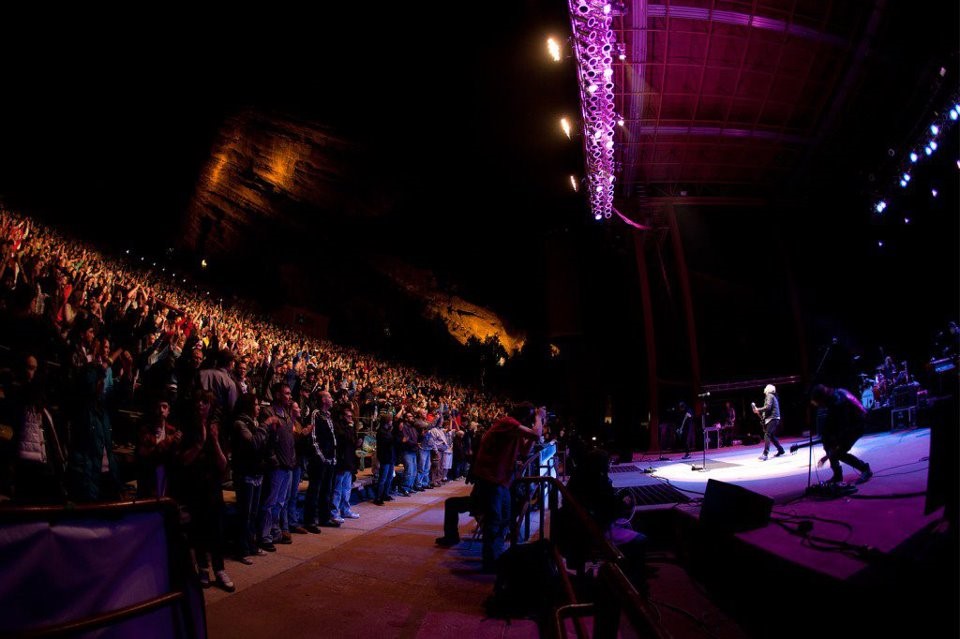 2011 –The Calling continued to have workshops in and throughout the state of Colorado and hosted the first-ever Christian conference at Red Rocks Amphitheatre (ranked #1 in the world) with Grammy award-winning band Switchfoot (the band’s first Christian event).  Included former Boston Red Sox player and motivational speaker Rex Crain, Transform DJs, Chrysandra Brunson, Campus Crusade from Christ’s Nancy Wilson, SONY, K-Love Radio, Alice Radio, Way FM, Q 102.7, KOA You Get the Blessing, 180 Ministries, Confluence Ministries, Colorado Christian University, Focus on the Family: The Leadership Institute, Make a Wish Foundation and more.  The Calling was featured on K-LOVE, TBN, Daystar, You Get the Blessing on KOA radio with Bo Mitchell and Bob Beltz, Crawford Broadcasting, Salem Broadcasting, K-Love Radio, Alice 105.9 FM, Focus on the Family radio and many other outlets. 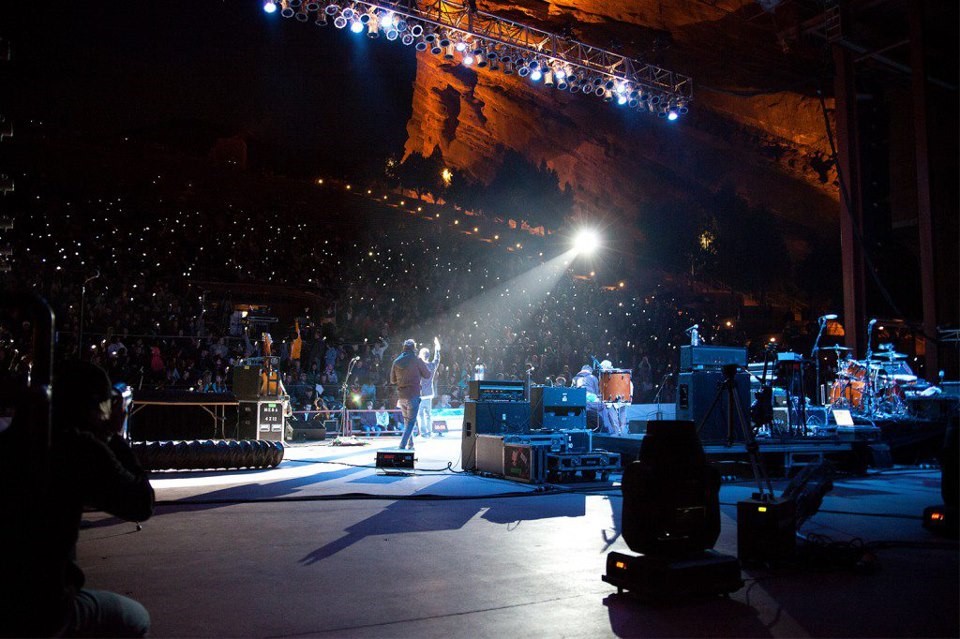 Shortly after this epic event, The Calling sustained a series of unfortunate events that caused a temporary slowdown for the ministry.  A large portion of the funds raised were discovered stolen by someone who was close to the nonprofit, and then Chrysandra was diagnosed with Lyme disease.  Despite what felt like desperate circumstances, the vision carried on throughout that broken season and continued to have a strong presence in Colorado and across America. 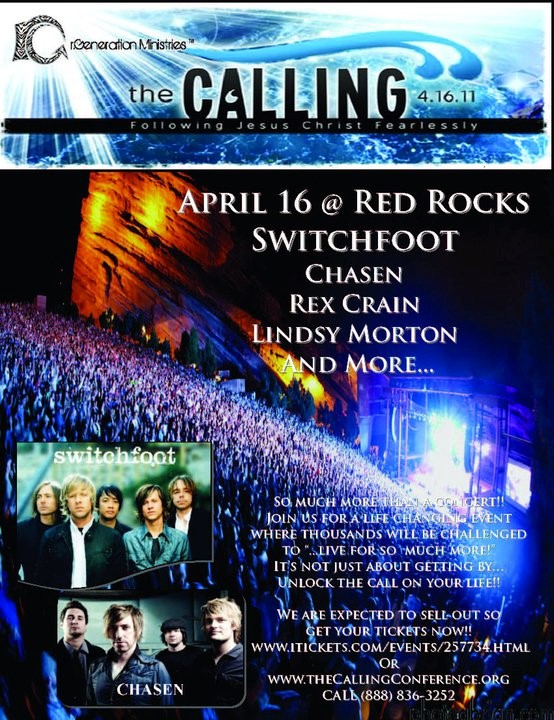 Reaching and touching over 15 million hearts since its inception, The Calling has continued to host events and have a presence coast to coast in the U.S. from California to  New York and in between (including Missouri, California, Texas, Washington DC and so many other special places) and in Haiti and Israel, Partnering with many global companies to get the news out including SONY, TBN, K-LOVE Radio, Google, Disney, MACY’S, MLB, The United States Congress, and others still in progress!   They have been invited to speak at schools, churches, prayer breakfasts, media and global nonprofit and business events and more.   All of these partnerships and outlets are focused on helping humanity live out God’s unique dreams for individual lives. 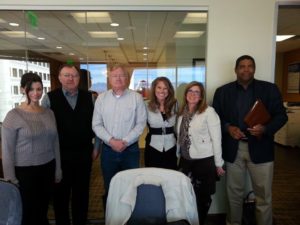 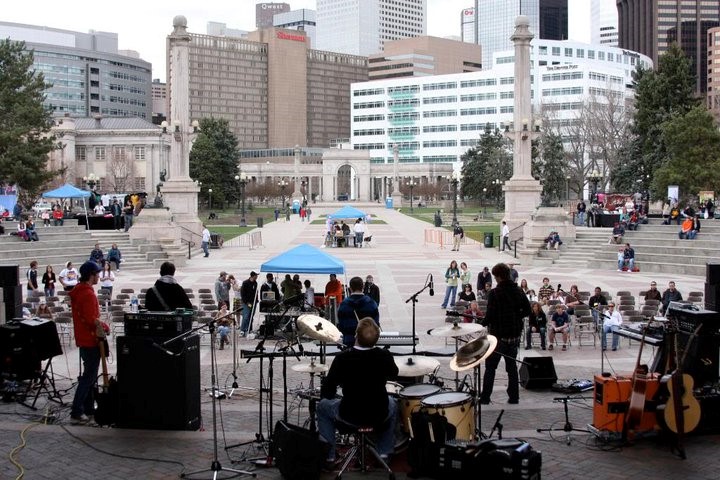 2010 – The Calling became a ministry at Colorado Christian University, led by Chrysandra Brunson and made up of incredible students from the university, professor advisors including Dr. Greg Green and others at the university and endorsed by former US Senator Bill Armstrong and community members including Jim Weidman, Jim Copeland and Sharon Kitzmiller.  Hosted workshops and retreats with Camp Idrahaje, Colorado Christian University, refugees from around the nations alongside Ignite Ministries, Foothills Bible Church and more.   Partnered with many organ 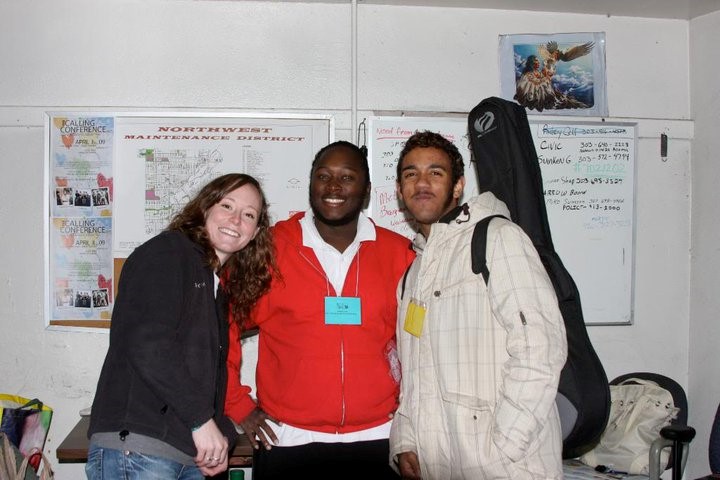 izations and resources like The CALL Vocational and Life Purpose Guide from Follow Your Calling LLC. The Calling continued as a ministry at Colorado Christian University and was filed as its own nonprofit entity with the state of Colorado in August of 2010. 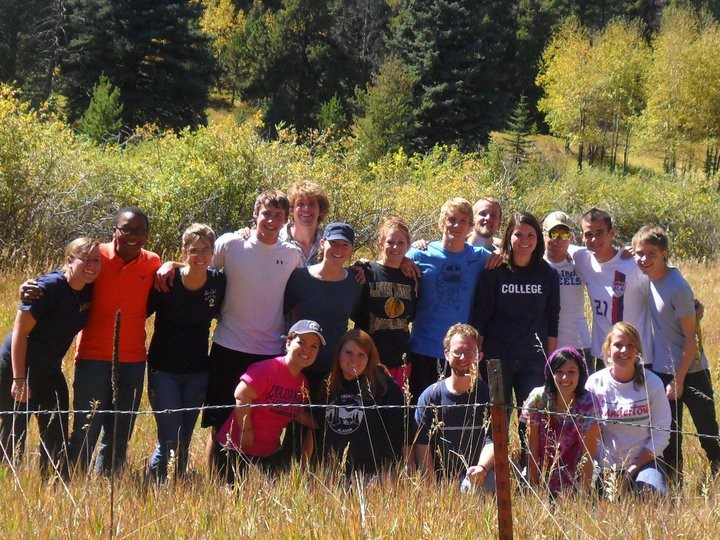 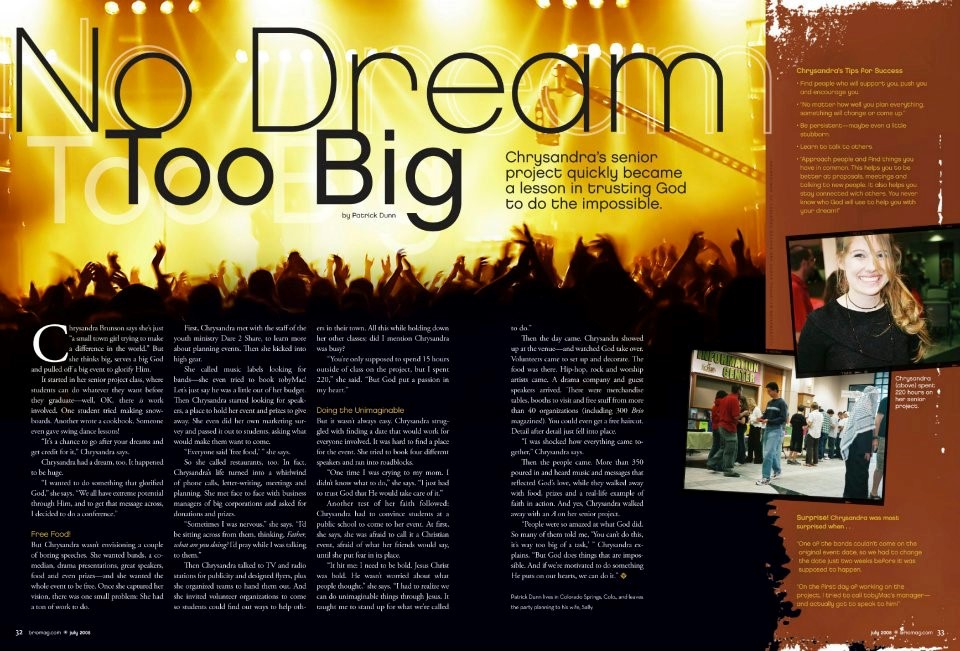 of Southwest, and many others.Focus on the Family article about the first Calling event of 200 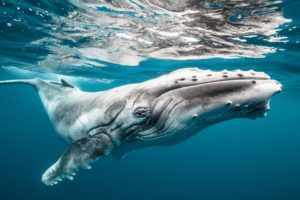 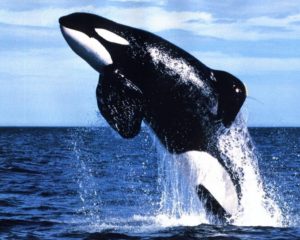 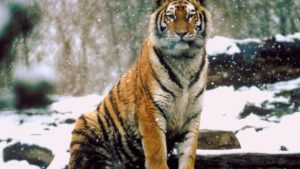 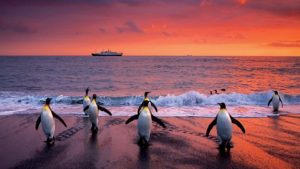 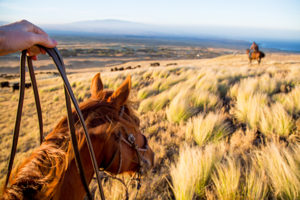 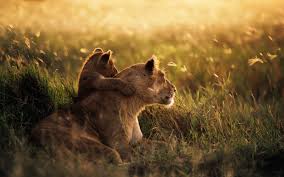 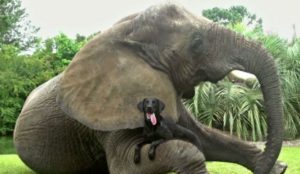 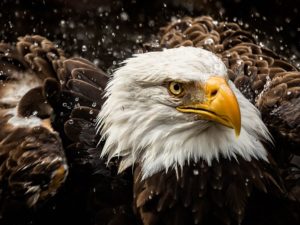 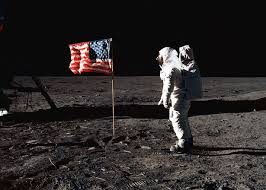 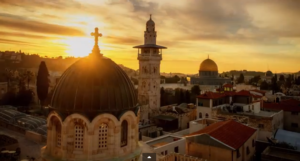